Black Folx LARP? Why Aren't They Playing My LARP? 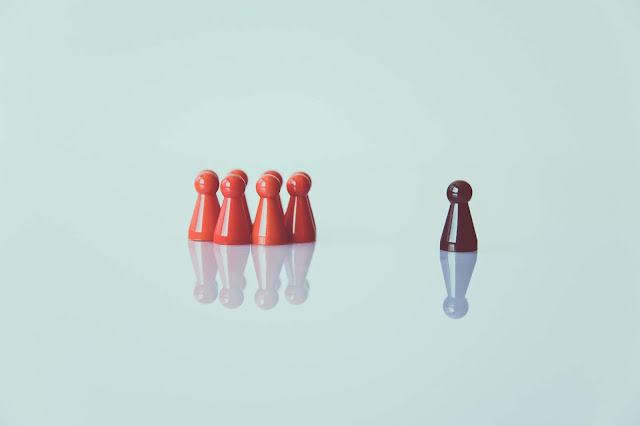 People hear “this _____ is racist,” and they [rightfully] cast it off. They want to be as far from it as possible, because racism is bad. And I’m not going to tell you that racism isn’t bad, but I am going to say that the first step to understanding and dismantling racism is accepting that we live in a racist society, which means that a lot of things we enjoy are going to be racist. It isn’t necessarily a reflection of our values to realize that something we love exists within our own blindspots and that because we are not the targeted demographic of -isms that it has an offensive stance towards, we did not notice its issues.

It is okay to be ignorant. It is not okay to stay that way.

“But, Jess,” you might say, “I thought this post was going to be about why Black people don’t LARP.” I’m getting there, and I feel like I need to brace a lot of white folx for what they’re about to hear about their beloved games;  The answer is simpler than you think.

Black people aren’t playing your LARP because your LARP is racist.

I know, I know, that’s a loaded sentence. Take a few seconds, blow off the pearl-clutching steam and come back to this.

Your game is racist because you don’t know how not to be. Without being a pedant and explaining the subtle ways that racism is ingrained into our culture, the way it crops up in all forms of storytelling, odds are you’re simply  mirroring what you’ve seen growing up, and things that you think might not be racist. And it’s not as blackface-and-white as whether or not to paint your skin obsidian to play a Drow (hint: Don’t.) It can be much more subtle and much more nefarious than most people will notice.

Does your LARP have an entire race of people that is known to be untrustworthy, thieving nomads? Congrats, that’s a racist stereotype.

Does your LARP have an actual, factual race of slaves? Congrats, that’s a racist stereotype.

Does your LARP have an entire race of short, hooked-nosed, bankers? Congrats, that’s a f***ing stereotype, holy s**t guys can you not see that!?

And those are just the obvious ones. Now, there is a difference between using harmful stereotypes in your game building and coding, which is a concept for another blog post. In TL/DR format, coding is a neutral term meaning to provide allegory to a real-world culture, people, phenomenon or what have you. Coding exists everywhere, whether we mean to or not, and is not always negative. Coding is neutral. (If you want more context on coding in media, check out this brilliant video essay on the movie Bright by Lindsay Ellis. She explains it better than I will.)

Even without any of the above listed criteria, your game might still be subtly racist without you realizing it. Hell, even some of the steps you take to make it not racist might backfire and be worse than if you’d never tried. A prime example of this is the number of games that exist that erase race in their lore, or take the “I don’t see color,” approach to world building. While I understand the intention and the desire to level the playing field, this just swings back to the root of the problem;

There is a Difference Between Making Space and Allowing Access

When I was a kid, I owned an already old version of the game Perfection. Turn the timer, and you have a set amount of time (I think 30 seconds??? It's not that important to the metaphor) to put a bunch of different shapes of pegs into their slots. The idea is that each peg only fits perfectly in it's own place. Maybe the version I had was worn or broken, maybe it was a knock off, but I learned very young that some of the pegs, if you rotated them they fit in a different space. It doesn't fit right, but it fits.

That's what it feels like, to me, being a larper of color in most larp spaces. I'm not denied being there, if I rotate and squeeze, I can almost slide into the space. It's not the most comfortable, but it works, and I get to experience something close to what was intended. I just have to keep rotating.

Playing in a fantasy setting very obviously based in European stories? Shift a little.

Lore elements having pieces of P.O.C. history twisted to fit the setting but with the actual culture removed? Rotate just a fraction of a hair.

Pre-written character with family issues, but with no POC NPCs to facilitate a believable relationship? Turn and gently place yourself into that space.

You get the gist. Round peg fits in a square hole...kinda. There are gaps along the corners, nuances and direct things that we just can’t engage with. “Maybe it’s me,” your players of color think. “Maybe my willing suspension of disbelief just isn’t strong enough. I'm in the space, isn’t that all that matters?”

For a lot of us, for larpers of color, larpers who come from a marginalized heritage, we often don’t know what it’s like to be in a space that actually accepts us. Instead, we know what it’s meant to be allowed access to a space clearly carved for a white person.

“But, Jess,” you might say, “what more can we do than allow people to come in? LARP is interactive, they can tell whatever stories they want. We don’t make special space for white players, why should we make special place for POC players?” I don’t know, mystery Karen who serves as a device to illustrate white stupidity on this topic. If I’m serving peanut butter pie for dinner at my dinner party and one of my guests is allergic to peanuts, but I serve it to them anyway with a smile because they are allowed to eat it, I’m still a s**tty party host.

Our society has so much racism ingrained into it that white is the default, which means that white stories will always, always be more numerous and louder at any given LARPS. Which means that it is the job of the organizers and facilitators of these games to lift the stories and narratives of P.O.C. players. Creating a space at your table means that yes, you will have to give some special treatment to players of color that you wouldn’t give to white players. Yes, you will have to invite them in and give them a little more than you would give a white player.

You have to make a space specifically for players of color, it is not just enough to give them access to the same space that was clearly made for white people.

Let Us Tell Our Stories, Don’t Tell Them For Us

One of the hardest things to come to terms with, as a black nerd and as a black larper, is that a lot of creators will try and take our story from us and tell it, thinking that this is what inclusion is. They’re writing black and black-coded characters, that’s inclusivity!...Right?

Not exactly. Including P.O.C. in your backstories and lore but not having them edited and checked by a member of that group means that you will, I guarantee, be pulling from stereotypes and histories that were written by white people, for white people. The pendulum swing of all of this are finding spaces where the emphasis is put on erasing our history and not allowing us to engage in telling those stories.

Yes, some P.O.C. narratives are going to be difficult to engage with, they will be uncomfortable for white people to hear. Do it anyway. Let us tell the stories, let us engage with stories that are as deeply important to us as any white narrative is to a white larper. Encourage your white players to sit with their discomfort in order to lift the narratives of P.O.C. players and I guarantee, you will make a safer LARP community as a whole, and a community where P.O.C. players will feel safe and excited to engage with your game.

There is a difference between comfort and safety, which is something that a lot of white players and white people in general do not recognize. Just because you are uncomfortable does not mean that you are unsafe. Ask any P.O.C. player, because I guarantee we’re uncomfortable more often than you could imagine. Prioritizing white comfort by letting white people tell our stories for us, or by denying us the ability to tell our full story because it makes white people uncomfortable actively makes games unsafe for P.O.C. players. Do not prioritize white comfort over P.O.C. safety by allowing it to happen.

Black people do LARP. If there aren’t black folx in your game, the answer as to why is looking back at you in the mirror. Only you have the power to fix it.